Since the first edition of the program in 2012, our mission has been to provide a new interpretation of the Marble Museum from multiple perspectives, which start from the public and again circle back to it, encountering the varied expressions of contemporary art called upon to give a new reading of our specific territorial heritage. 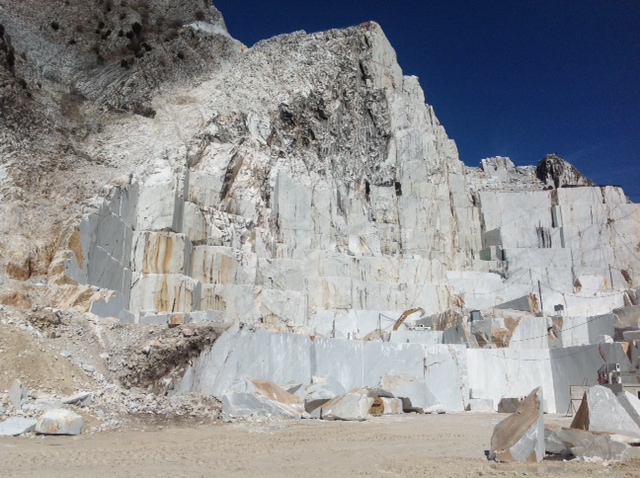 In fact, the DATABASE project derives from the need to create a platform on which to build a new sense of belonging to the city of Carrara, by promoting the Carrara Museum of Marble, which constitutes the point of access to the city, and further enriches the understanding of the history of our people upon the return from the evocative journey within the heart of the marble quarries.

In its second edition, the project has been extended to CAP, the Center for Plastic Arts, which houses the important international exhibitions produced in Carrara, which have been presented in major international museums but have never been displayed in our city.

Many other new locations have also been introduced with the 2013 edition, such as the Carrara marble quarries and a number of sites within the city’s historic centre, which will house our many artistic and cultural events. The city of Carrara and its landscape as a whole are the leading characters in the 2013 edition of DATABASE.